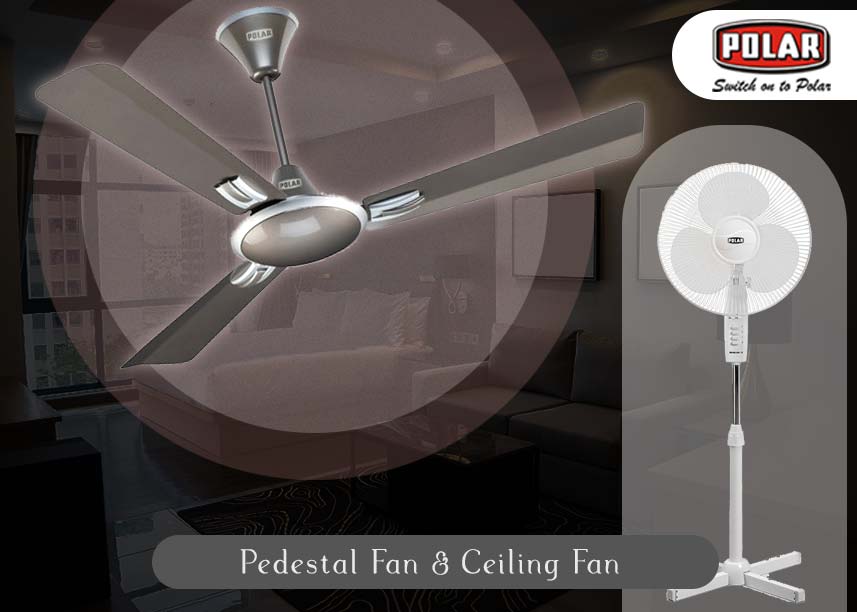 People often get confused between pedestal fans and ceiling fans and which one is a power-saving fan. Read this blog to know the pros and cons of both fans.

Fans are an essential component of every household and to be precise of every infrastructure in India. The weather is humid in this country almost throughout the year. The summer months are quite debatable considering the fact that the fans need to cool the rooms while the cooling bills need to below. Keeping the air conditioner switched on for a long time can produce ridiculously large bills. While, if you don’t choose a power-saving fan then the electricity bill won’t be any less as well.

The Pros of Ceiling Fans:-

The Cons of Ceiling Fans:-

The Pros of Pedestal Fans:-

The Cons of Pedestal Fans:-

These are some pros and cons of both the fans. Now you can analyze them and decide which fan to purchase. Check out the website of Polar India as they have the best online electrical appliances.