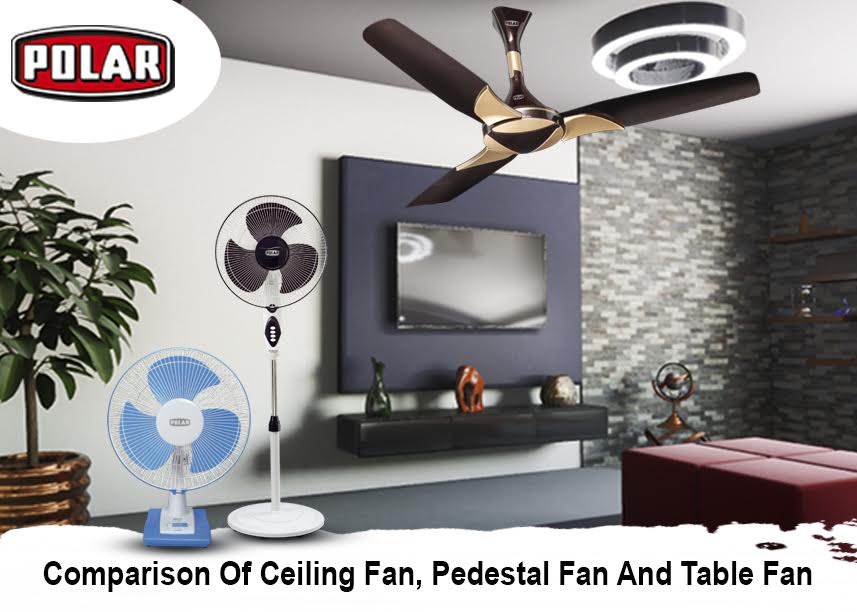 Ceiling, table, and pedestal fans are all power saving fans. But today’s guide is all about comparing them and checking their efficiency. So, let’s begin with it.

While low cost ceiling fans help to cool down the room instantly, pedestal fans have other extraordinary features. And so have table fans. Describing each of them will help you to understand their worth and whether you should invest in them or not.

Ceiling Fans Over Each One:

Ceiling fans consist of a bigger market. Thus, being one of the major appliances in the house and having great usage in offices or houses, they are drawing a lot of attention. It is an amazing option in terms of technological improvement.

Even the government is focussing to make the ceiling fans more effective with all the necessary additions. Thus with each passing day, we receive higher cooling at lower watts and electricity bills.

Polar Electric has the widest range of best pedestal fans as well as ceiling fans. So, get in touch with them today and buy the most efficient fans at affordable prices. Polar fans are extremely effective and long-lasting along with high resistance.