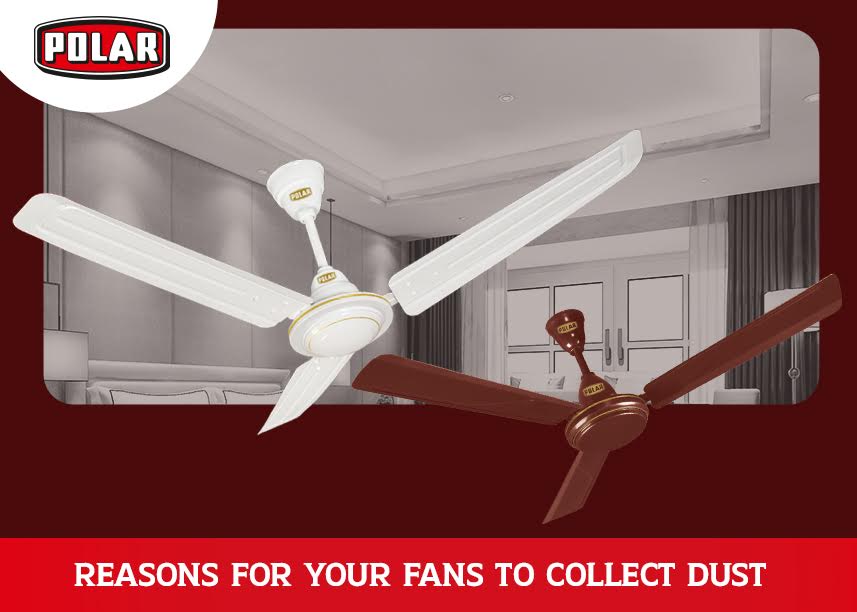 While cleaning might not be the best activity, it is important to keep your home appliances become dusty. Read more to find out.

Ceiling fans are one of the most effective ways to cool the surrounding. Most ceiling fans are found to use as much as the sixty-watt power of a light bulb that equates to less than three cents in one hour. A power saving fan can thus save your money on your monthly power bills in every season be it summer or winter.

Some Tips To Make Your Home More Comfortable:

Why Do Fans Get Dusty Even If They Are Always Moving?

There has always been a question on the maintenance of a ceiling fan as they get covered in dust most of the time. When the blades rotate, they experience frictional forces as they ‘rub’ against the air; this knocks electrons around, causing the blades to build up a net charge. The charged dust particles then stick to the charged areas of the blades. As a result of this, the leading edge of the blades usually develops the thickest layer of dust.

Settle for a brand like Polar that never compromises on quality and performance. Browse through their affordable range of high speed, decorative ceiling fans.